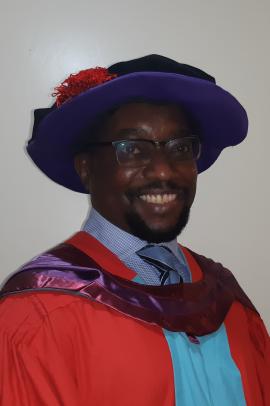 HOW FAR IS TOO FAR? THE SEPARATION OF POWERS DOCTRINE AND JUDICIAL REVIEW OF LEGISLATIVE ACTION IN KENYA

While it is generally held that the Kenyan Constitution facilitates the judiciary’s independent exercise of its power of judicial review of legislative action as a check and balance on the legislature, the problem is that unfettered exercise of this power results in unwarranted judicial interference in legislative processes. Therefore, I will demonstrate that the absence of defined parameters within which Kenyan courts undertake judicial review of legislative action creates room for a court’s unwarranted interference with policy choices democratic majorities should be allowed to make; and the abstraction of courts operating in isolation from political reality resulting in issuance of unenforceable orders. By drawing on the judiciary’s historical development and contemporary characteristics in the evolution and exercise of its power of judicial review of legislative action I portray their effectiveness and shortcomings in wielding it whilst balancing between the prevailing political and legal constraints. Utilizing my conceptual framework I assess how courts, in general, exercise this power in a way that enables them to adhere to the requirements of the separation of powers doctrine, while considering the political and legal constraints under which they operate. Analyzing trends in charting of Kenyan courts within the conceptual framework I show that effective exercise of a court’s judicial review power is only possible if the prevailing political structure is one whereby the three arms of government are co-equal, and each is therefore able to independently exercise its mandate while allowing for checks and balances by the others. On this basis I contend that the best safeguard for such independence is expressly providing for it in the constitution and ensuring that the judiciary effectively exercises its judicial review power to protect the constitution from encroachment by the political arms of government (executive and legislature). Moreover, through critical case analysis during the tenure of the first parliament elected under the 2010 Constitution I show that the judiciary is consistently exercising its power of judicial review of legislative action to effectively