Every human being has a right to a clean environment and we need a multilateral   cooperation among all stakeholders to ensure that we tackle the diverse effects of climate change, that is threatening our very existence. 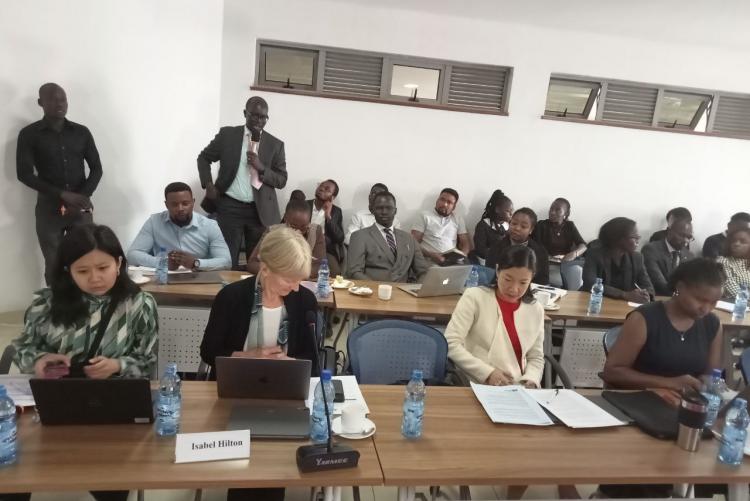 That was the rallying call during a one-day conference on climate action grassroots activism and human rights at the University of Nairobi.

Prof. Mbote also urged governments to work closely to ensure that we have a clean environment. She pointed out that environment doesn’t have borders. Governments can collaborate to deal with the effects of climate change. “Governments through their legislative organs can enact laws to ensure we have environmental justice. Those who are responsible for environmental degradation can be held responsible”, she said.

Quoting United Nations Secretary-General, Mr. António Guterres, Prof. Mbote observed that those who cause environmental damage should pay for it. She opined that by doing that, we shall be working towards Social Development Goals 16 and 13.

She also challenged the academia to play its part in training Environmental Lawyers who will active role in climate litigation which is now emerging as a means to achieve Climate Justice. “Environmental Law is the youngest and growing faster. Many environmental laws have been concluded since Stockholm in 1970,” she said.

In her conclusion, she observed that we need inclusion, networking , multilateralism to protect people and planet.

Prof. Winnie Kamau, Dean, Faculty of Law, pointed out that the role of grassroots remains critical. Humans rights is core. UN Assembly recognized importance of human rights. She outlined the importance of development financing and how it impacts grassroots.

Malin Oud, said that investing in climate change is critical and top down approach is incomplete. “We need to hold government to account through grassroots lobbying and advocacy”, she said.

Conference participants pointed out climate change effects and how it has negatively impacted lives. Climate change has impacted food production, agriculture and it’s a threat to human life and more so vulnerable people. Other negative impacts pointed out include inequality of income. It was also observed that women and girls, youth, elderly people are more affected by diverse effects of climate change and they have no insurance to recover.

Together, let’s leave no one behind as climate change is not limited to one country.

Event was sponsored by China Dialogue, University of Nairobi and Raoul Wallenberg Institute of Human Rights and Humanitarian Law.