It was a lively morning at the Faculty of Law, University of Nairobi as the Learned Friends discussed technological revolutions in the financial sector, popularly called fintech. 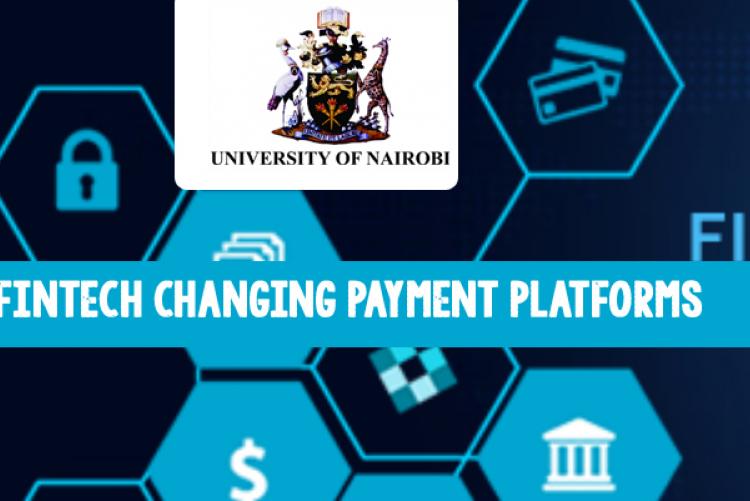 Giving a keynote speech during the online webinar, Ms. Faith Odhiambo,  a Tutorial Fellow,  Faculty of Law, University of Nairobi and Vice -President, Law Society of Kenya on the topic Contemporary Legal Issues: Emerging Trends in Banking and Payment Platforms stated that technology has made payments easier, quicker and cheaper.

Unlike before, where Kenyans would rely on crude ways to send money, some resorting to sending money as a parcel via the post office, she observed that Fintech Applications like Mpesa has made payments quickly and cheaper.

The downside to the fintech applications like mobile banking, e-money, e-loans, e-lending of money has been the issue of data protection. The easy lending of money through the digital applications has also led to many Kenyans being listed in the Credit Reference Bureaus, CRBs and hence denied a chance to access credit facilities. This predatory lending was observed that it’s a hindrance to the positive developments brought about my technological developments in the finance industry.

To the big players in the Fintech, they are making a killing, making huge sums of money as some of them charge very high lending rates.

It was pointed out that Fintech Applications like :  Mpesa, Mobile Payments, Mchanga have made it possible to make contributions during social events like funerals, weddings, and even contributing hospital bills.

Ms. Faith Odhiambo also pointed out that the competition laws which were not strictly adhered to allowed two banks to collaborate on Fuliza, which was a joint venture between Safaricom, NCBA and KCB Bank. She noted that both banks could never agree to work together, but were able to collaborate and work together since there is no competition in that market.

In Kenya for example, it was pointed out that several banks offer Mobile Banking : Equity, KCB, NCBA among others.

Despite the havoc caused by the COVID 19 pandemic worldwide, it was observed that the pandemic accelerated the adoption and usage of Fintech applications.

Among the opportunities presented by Fintech payment platforms include:  ability to transfer money to UK, USA seamlessly.  Barriers to entry in the Fintech industry is reduced courtesy of technology, mobile banking has made banking very easy and reduced congestion in the banking halls.

On Cryptocurrencies, the speaker highlighted lack of regulatory oversight on the usage of cryptos as a form of payment. The also pointed out the high number of criminal activities happening in the system. “ Cryptocurrencies lack of oversight, they also have conmen in high volumes mostly associated with money laundering, fraud, terrorism,” she said.  “No bank in Kenya does Cryptos”, she concluded.

The Panel Moderator, Dr. Robert Kibugi agreed to organize another session on Cryptocurrency.