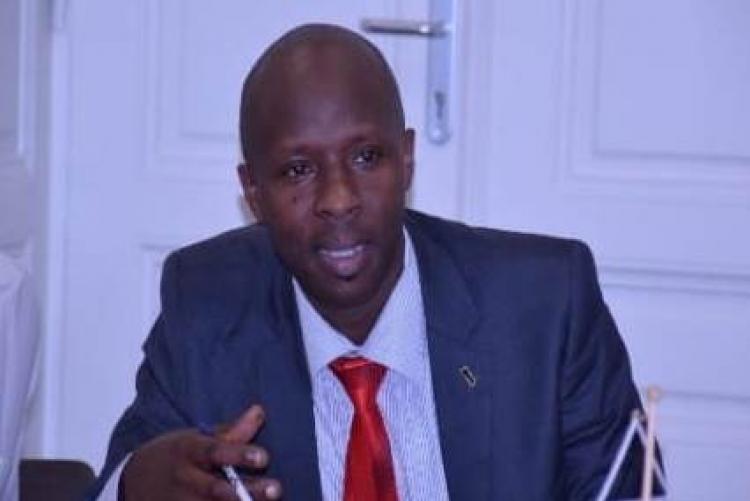 Mr. Eric Ngumbi, a PhD Student at the Faculty of Law

The University of Nairobi congratulates Mr. Eric Ngumbi, a PhD Student at the Faculty of Law, for receiving a state award in recognition of his outstanding anti-corruption efforts in Kenya. Mr. Eric expressed his delight saying “the State Award inspires and motivates me in a great way. It rekindles my spirit and commitment to public interest research in the area of public accountability. I look forward to leveraging on my academic research at the university to advance my practice as a Governance professional.”

According to Kenya Gazette Notice No. 13598 dated 17th December, 2021, Mr. Ngumbi was among 153 individuals awarded the Order of Grand Warrior (OGW) of Kenya honours by His Excellency President Uhuru Kenyatta on Jamhuri Day, 12th December 2021, for outstanding and distinguished service rendered to the nation.

Presidential awards and honours in Kenya are conferred on persons who have made exemplary contributions to the betterment of the nation in diverse fields, including academia. The President confers the awards and honours in the name of the people and republic, pursuant to Article 132(4)(c) of the Constitution which has been operationalized by the National Honours Act, 2014.

Mr. Eric Ngumbi was recommended for the award by the Ethics and Anti-Corruption Commission for making a notable contribution to the fight against corruption, partly through his advanced academic research as a postgraduate student at the University of Nairobi. He has also served as a lead expert in numerous Inter-Agency Committees on the development and review of national ethics and anti-corruption legislation, policies, and regulations.

Notably, Mr. Ngumbi’s Master of Laws Thesis, which focused on lifestyle audits as an anti-corruption tool in Kenya, was discussed in the Senate of the Republic of Kenya on 11th March 2020 as a resource material in the enactment of the Lifestyle Audit Bill, 2019. Mr. Ngumbi had made various recommendations on reform of the law and policy relating to lifestyle audits and the wealth declaration system in Kenya. The Senate termed his findings as timely and relevant (Senate Proceedings Hansard of 11th March 2020).

As recommended in the thesis, several clauses of the Lifestyle Audit Bill, 2019 which had been identified to have potential adverse effects on the fight against corruption in Kenya were dropped in the revised Lifestyle Audit Bill, 2021, published on 27th May 2021. Similarly, there are various statutory amendments pending consideration by the National Assembly to strengthen key anti-corruption statutes, such as the Public Officer Ethics Act, 2003, as recommended in the thesis.

Other key agencies that acknowledged Mr. Ngumbi’s anti-corruption research as relevant include the Office of the Attorney General, Ethics and Anti-Corruption Commission, Directorate of National Cohesion and values, Steering Committee on the Implementation of the Building Bridges Initiative (BBI) Task Force Report, Transparency International and the East Africa Community (EAC) Secretariat.

In writing his paper, Mr. Ngumbi was supervised by Prof Ben Sihanya while his defence panel, which scored the research work at grade A, was chaired by Hon. Dr. Nancy Baraza with Dr. Jackson Bett as the reader.

In addition, Mr. Eric also shared his views on the relevance of students’ research findings in a real world situation stating; “Research is critical in informing policy decisions. It is, however, regrettable that many students’ theses and dissertations with key findings and recommendations whose implementation could fundamentally reform Kenya’s social, economic, political and cultural fabrics are never implemented. This is because, more often than not, theses and dissertations have been used for examination purposes only and their recommendations are never progressed to reach their intended consumers. I attribute the limited dissemination of theses and dissertations to a two-fold challenge. First, upon completion of studies, many students do not bother about their research papers anymore. Indeed, upon graduation, majority become “functus officio” in respect to their research work and never make any further reference to what they wrote.  Second, many universities do not sufficiently demystify the need for utilization of students’ research findings and recommendations beyond the University.

This gap potentially denies the country information necessary for nation-building and resolution of contemporary challenges. In my view, academic research, at whatever level, should never be in vain. It behoves universities and students to embrace the culture of proactively disseminating their research findings and recommendations.           To ensure implementation by relevant agencies, universities should foster appropriate partnerships and collaborations with actors in both public and private sectors. Further, Universities should devise appropriate mechanisms, including incentives, to support dissemination of impactful academic research works. It is also worthwhile for students writing theses and dissertations to identify research topics that are consistent with contemporary and emerging global, regional and national issues of concern.”

As the University of Nairobi, we congratulate Mr. Eric Ngumbi, OGW, and wish him well.